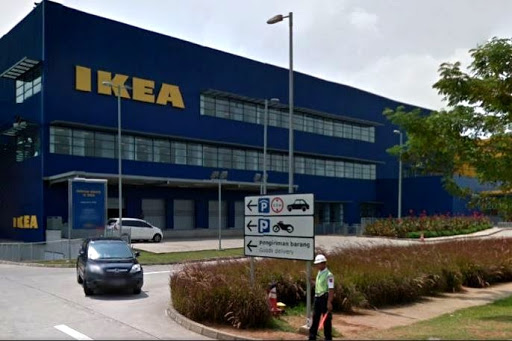 In what many people are pointing to as a prime example of the dangers facing foreign companies that come to Indonesia, Swedish furniture giant IKEA recently lost the trademark to its own name in Indonesia after a Jakarta court ruled against them in a lawsuit filed by a company from Surabaya and the Supreme Court rejected their appeal of the ruling.

IKEA, whose name is an abbreviation of "Ingvar Kamprad from Elmtaryd, Agunnaryd" (the name of IKEA's founder and his boyhood home), lost the trademark to a company from Surabaya, PT Ratania Equator, who registered the IKEA trademark as an acronym for "Intan Khatulistiwa Esa Abadi".

IKEA had trademarked its name in Indonesia on October 9, 2006, and then again on October 27, 2010. So how was Ratania able to take over the trademark?

Ratania's case rested upon the charge that IKEA had not actively used its trademark in 3 consecutive years for commercial purposes, which meant that its trademark could be deleted under Indonesian trademark law.

Based on that, Ratania registered their own IKEA trademark on December 20, 2013, and then sued IKEA of Sweden in the Central Jakarta District Court to get them to give up their claims to the trademark.

On September 17, 2014, the Central Jakarta District Court declared that the IKEA trademark was owned by Ratania and ordered IKEA to stop using its own name.

IKEA, of course, appealed the decision to the Supreme Court. But on Tuesday, the court announced that it had rejected the Swedish company's appeal.

People who are pointing to this as a reason why foreign companies should be afraid to do business in Indonesia seem to be jumping the gun a bit, as it appears that there is in fact a legal justification for IKEA losing the copyright. If the law says that you can lose your trademark if you don't use it for 3 years, and IKEA in fact did not use it, then maybe they are in the wrong. We can't know for sure without more information.

On the other hand, it seems highly unlikely that IKEA, a multi-billion dollar international company, and its doubtlessly high-priced team of lawyers would overlook such an important detail in the trademark regulations. But then, Indonesia has some very ambiguous laws and bigger legal blunders have happened.

It should also be noted that the Supreme Court decision was not unanimous. According to Detik, Supreme Court Justice I Gusti Agung Sumanatha wrote in his dissent that the Trademark Law being used in the lawsuit should not apply to a company as big as IKEA.

"It's obvious that the defendant IKEA on Jalan Alam Sutera in Tangerang, Banten, is bigger [than the plaintiff] so Article 61 Section 2A of the Trademark Law cannot be applied," he wrote, referring to the address of IKEA's only outlet in Indonesia.

Obviously we're not legal experts, but that seems to indicate that the law on this issue is not so clear, or at least that it could not be clearly applied to IKEA in this case since it is a much larger company than Ratania.

Suprisingly, the Central Jakarta Commercial Court and the Supreme Court protected IKEA's trademark back in 2012 when IKEA successfully sued an Indonesian company, PT Angsa Daya, for trademarking the name IKEMA and using a similar logo.

There has been no announcement yet as to what IKEA will do next in the wake of the Supreme Court's rejection of their appeal. It seems unlikely that the company will simply pull out of Indonesia after having invested so much to enter the market. The answer to their trademark dilemma may be something as simple as changing their official name here to something like IKEA Indonesia.

Regardless of the legal justifications for the case or the outcome, foreign companies are likely to look at this and become even warier about doing any business that revolves around trademarks in Indonesia.